Hi, there sorry that it’s been a while since I’ve posted something. You might have seen it on my Instagram (@sweetgeeklife) that i managed to purchase loads of Ichiban Kuji prizes for the Black Butler anime. And I thought I’d share them with people that might be interested in Black Butler merchandise. These merchandise was for the season called Black Butler: Book of Circus

Encase you’re wondering what is Kuroshitsuji is. It’s a Japanese anime that is set in the Victorian times in England. Following the character Ciel who made a deal with a demon called Sebastian to get revenge on the people who killed his parents. That’s just roughly part of the story line and I won’t go into much detail of the story line since if your properly reading this, then you would know about the anime/manga series. This is one of my favourite anime/manga series. So whenever I get the chance to buy some of their merchandise I always have to pick some stuff up. So look out for more future posts on my Kuroshitsuji merchandise like art books, rubber straps etc.

But anyways back to what I recently purchased. These were bought from an EBay seller that lives in Japan so I know that the products are the Official Merchandise. (I don’t mind bootleg items since considering that some legitimate anime products can be pricey especially items that are only won in Japanese Lottery Prizes called Ichiban kuji.) Luckily I was browsing on ebay at the right time, since she was having a sale on her items and had combined it all together as a set. So I had the opportunity to purchase many things I wanted for a cheap price if no one else was going to bid against me. And considering the starting price was already at £12, I wasn’t going to bid anymore if someone was going to go against me. That’s because the Customs tax limit is £15 for anything that isn’t stated as gifts. Since I hate having to pay customs for my items and the process takes a bit longer for me to receive items. In her description of the item, she did state that items weren’t going to be stated as gifts on the parcel but she did in the end. Think this was why it put people off from bidding on the item. So I won the bid! YAY! I got it for the total of roughly £19, which was a steal considering that nearly all the items were items that could only be won in the lottery prizes. And many of the items are quite expensive when purchasing from UK sellers.

So what did I win? 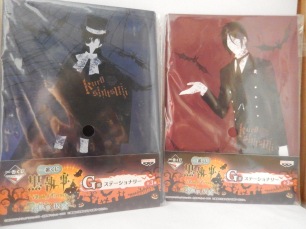 Hope you enjoyed reading about my Kuroshitsuji Merchandise! 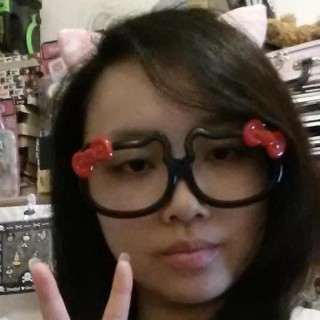